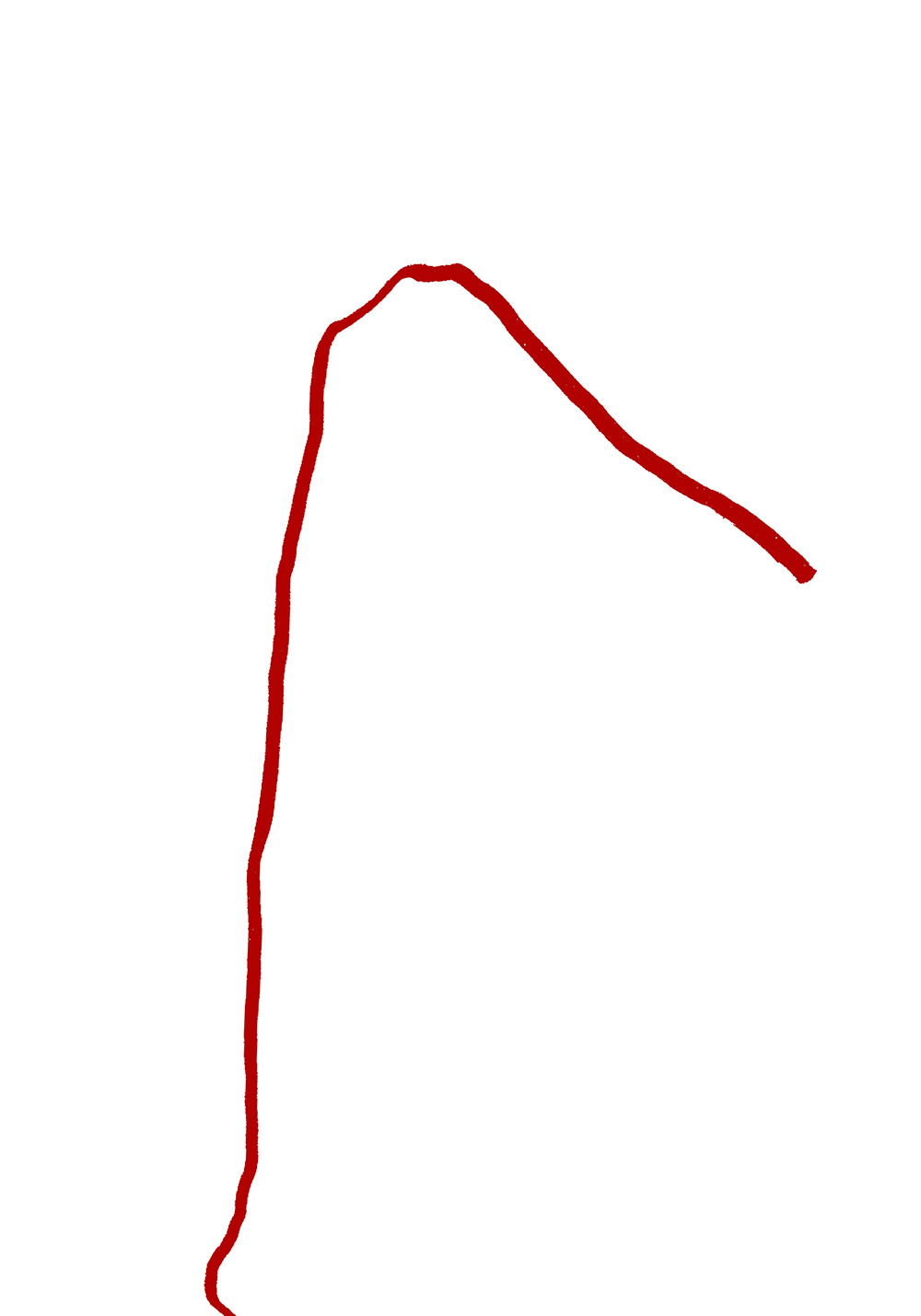 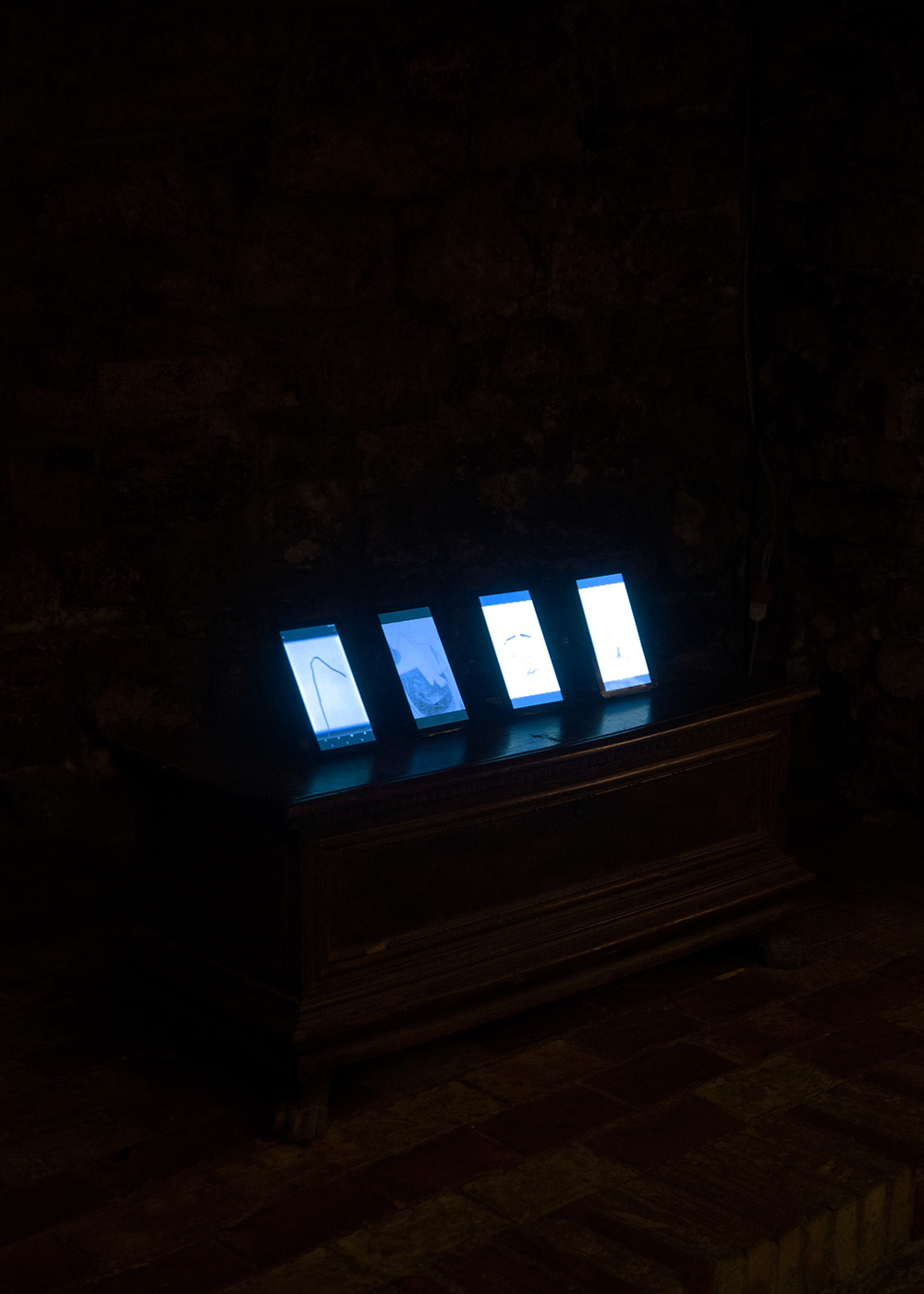 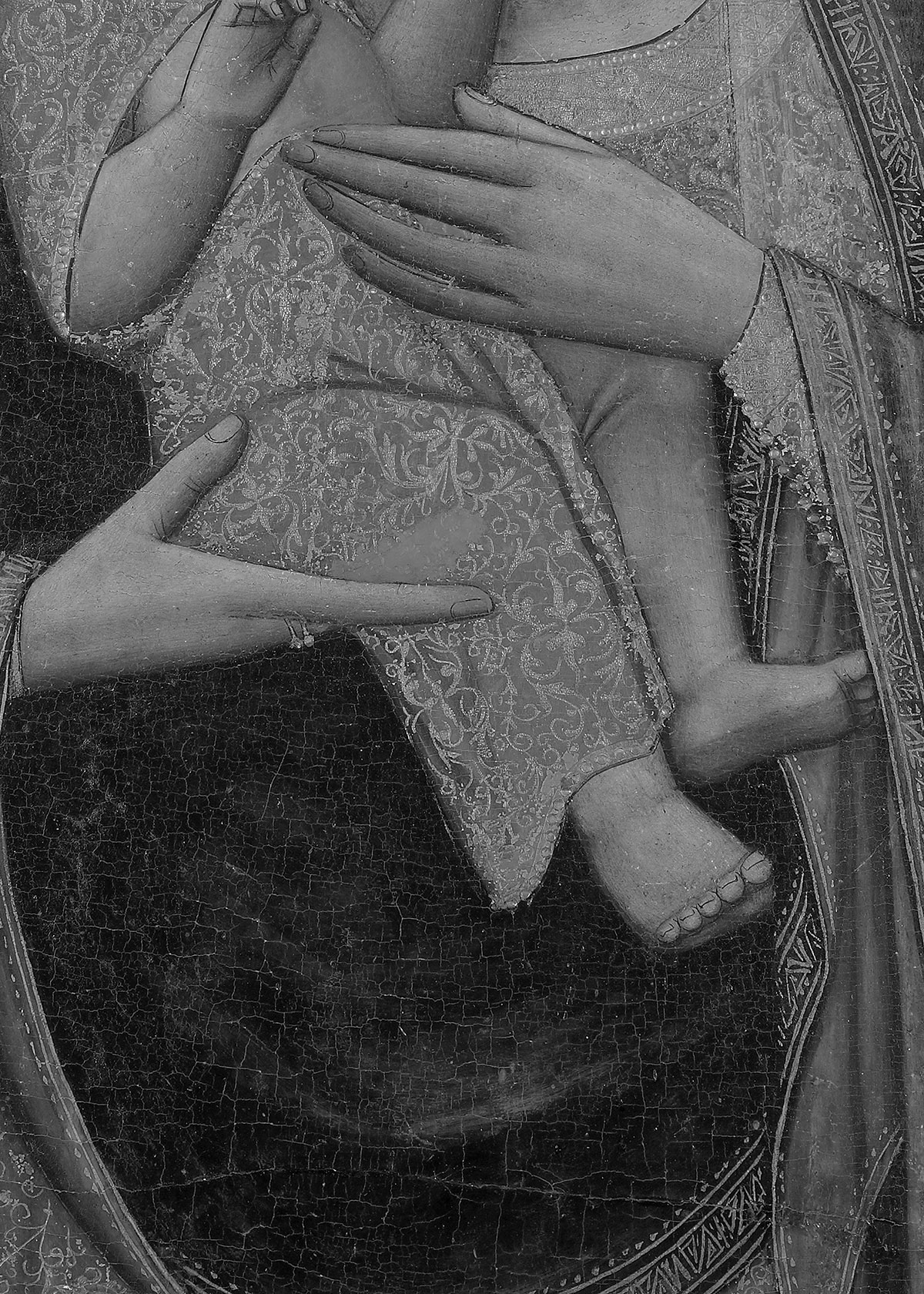 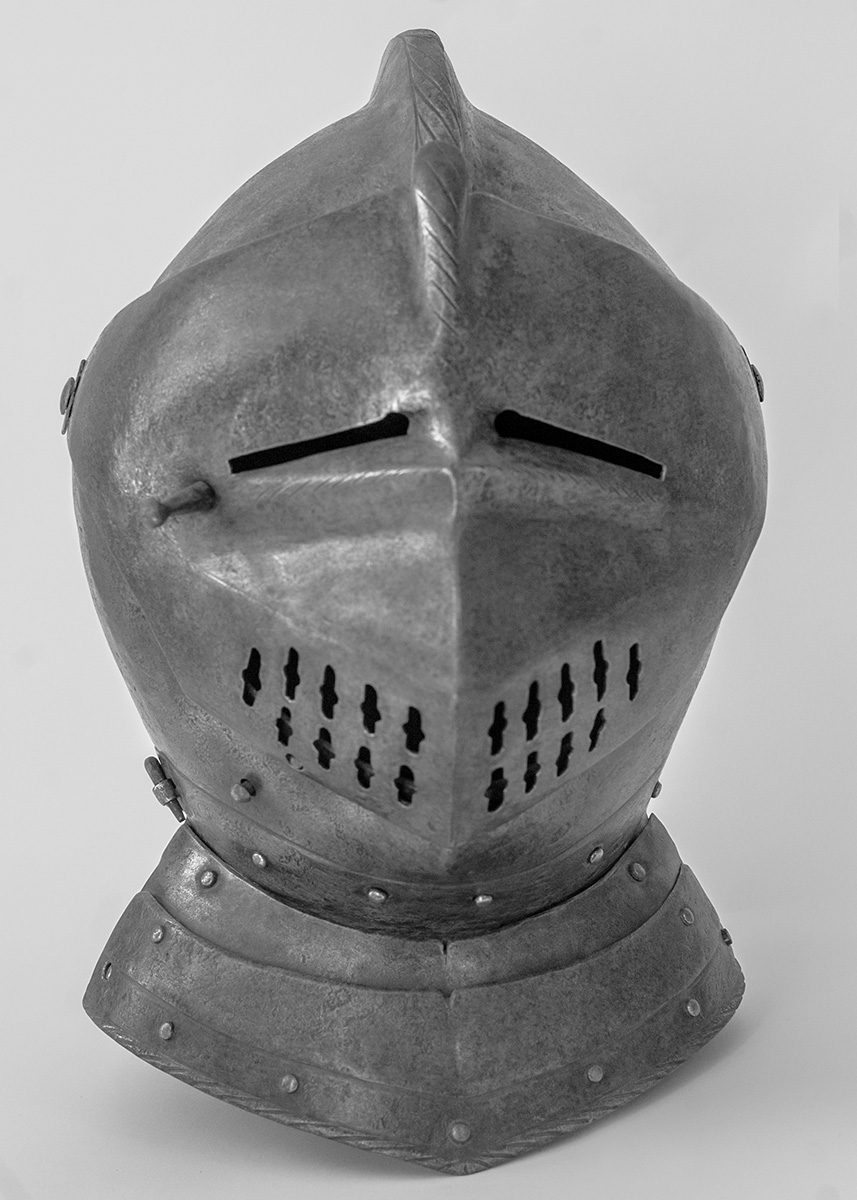 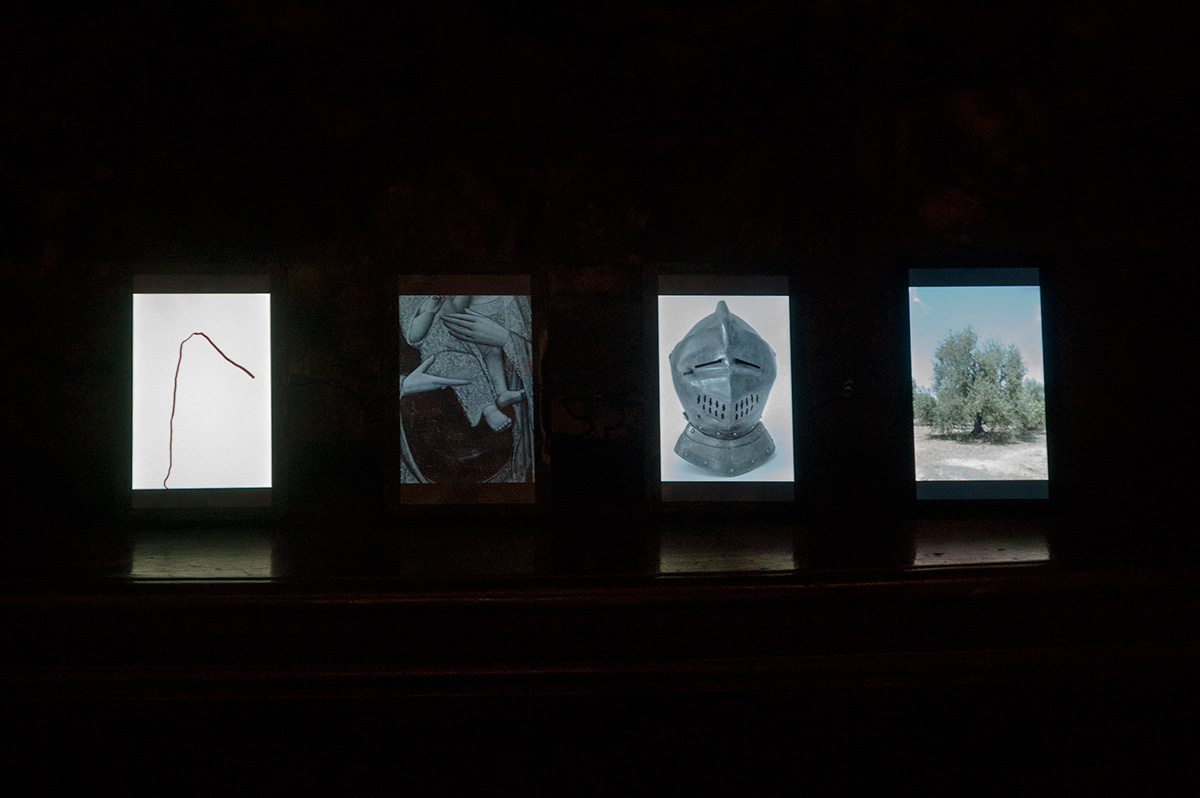 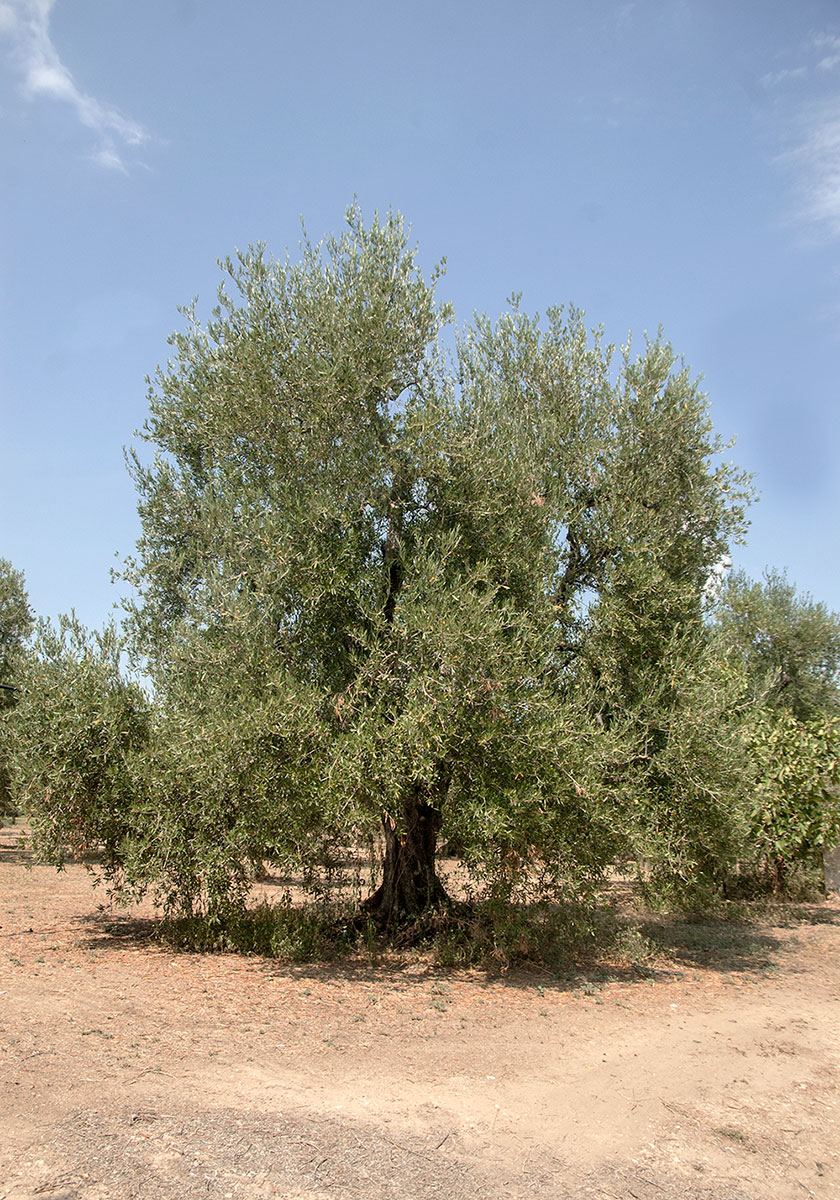 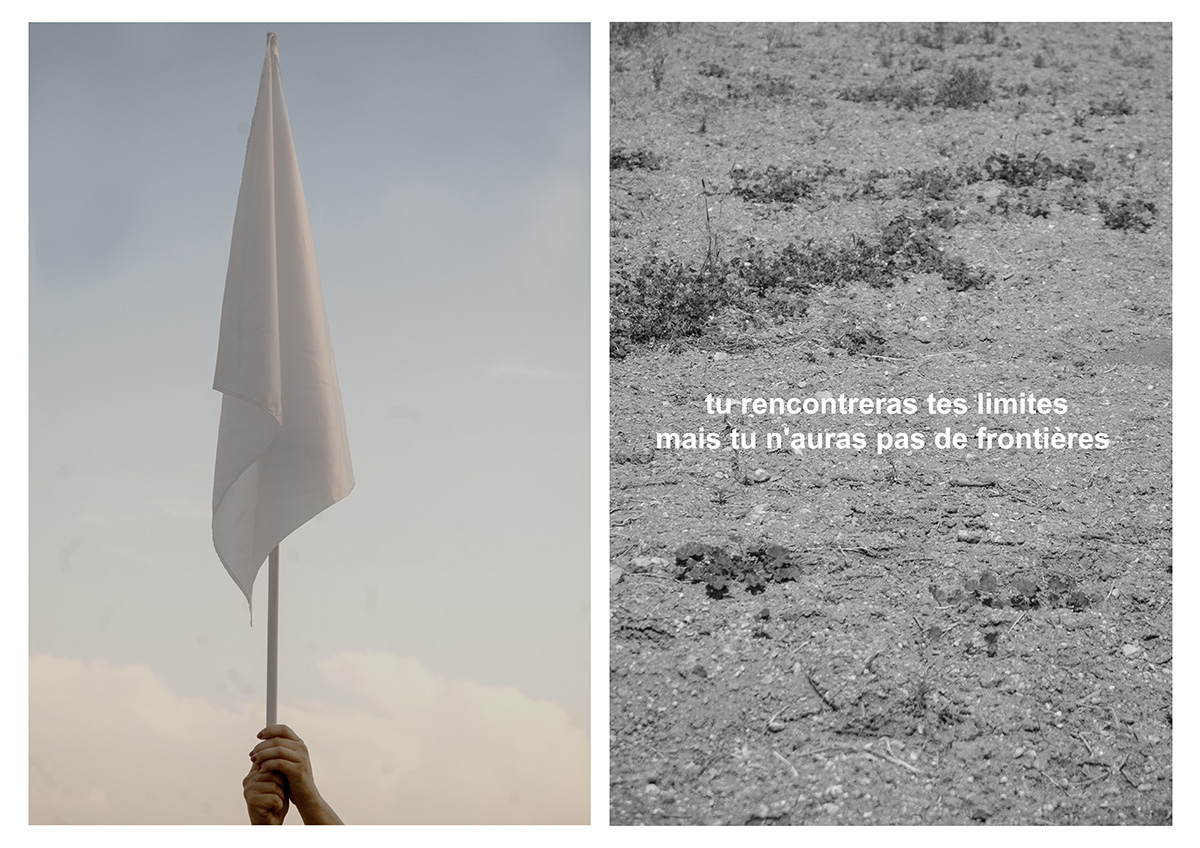 The itinerary of discovery, research, inspiration, detailed study the artist does with a conceptual approach is marked by a line that opens the exhibition and becomes the central theme of every exhibited work. A line that joins and links the Virgin of the Challenge, a helmet of Cafiero Collection, one of the olive tree that surrounds the Epitaph: historical and iconic quotes remember the values of the Challenge, from the past to nowadays, in an itinerary that goes from the deepest sense of the spiritual traditions to the historical truth of every battle and current approach, often contradictory or hostile, with the heritage of the past.

Other quotes lead the artist’s work: a white flag sustained by female hands is not only the reference to the search of peace and surrender, but also the answer to the profusion of colours and symbols of coat of arms that distinguished the knights and raises as an invitation to the zeroing of every diversity, to the rescue of humanity as unifying element.

The meaning of this image is reinforced by the photo near it, that brings the French sentence Tu rencontreras tes limites mais tu n’auras pas de frontiéeres (‘You’ll meet your limits, but you’ll never have boundaries’) that stands out an image of land that surrounds the Epitaph. The territory where the Challenge took place is in the last photo where the protagonist is the street to the Epitaph, a long line marked on the terrain, that separates two fields of olive trees. It is a line of border in the past and today it is a physical and emotive itinerary of approach of the historical event that the artist herself has often crossed.

The final installation of video art, which have the same title of the exhibition, involves in an innovative way the suggestive underground area of the Inn and is characterized by simultaneous images and sounds of echoes, noises, voices of war and battle. The artist meditates on mental limits of the individual, on his internal wars. And the Challenge of Barletta also becomes the contemporary symbol of the challenges that every human being is asked to face.