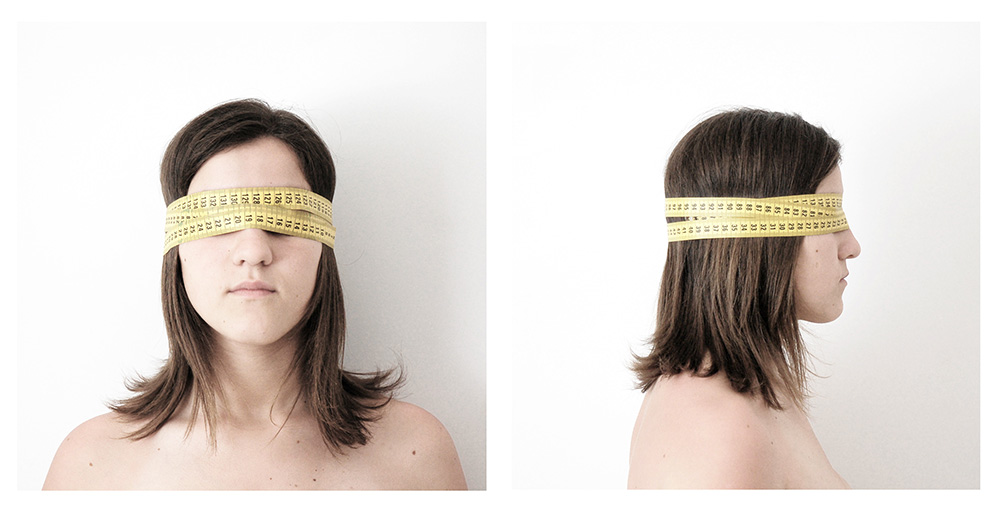 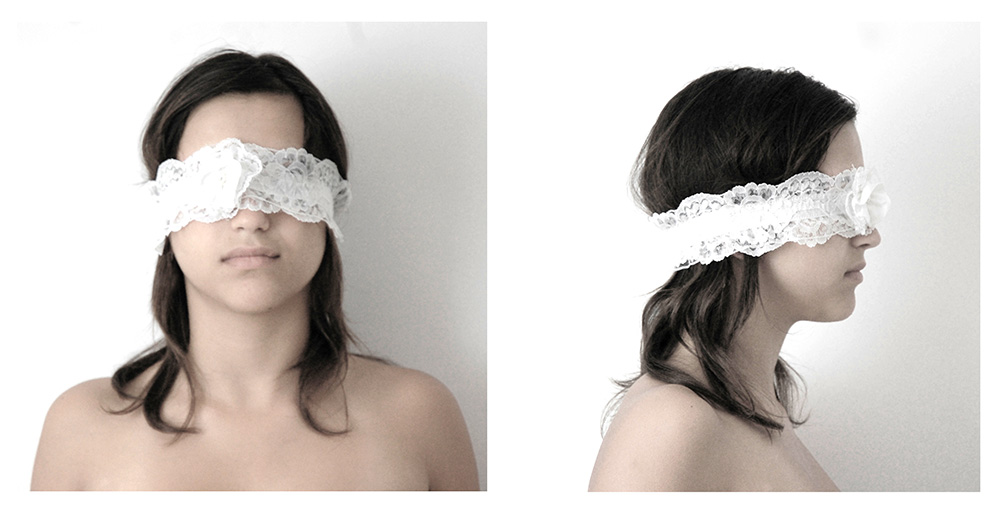 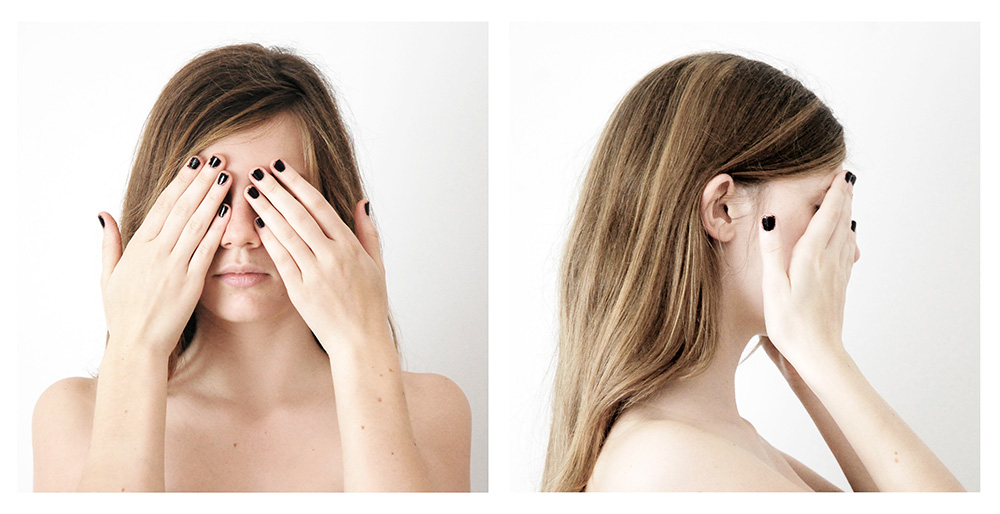 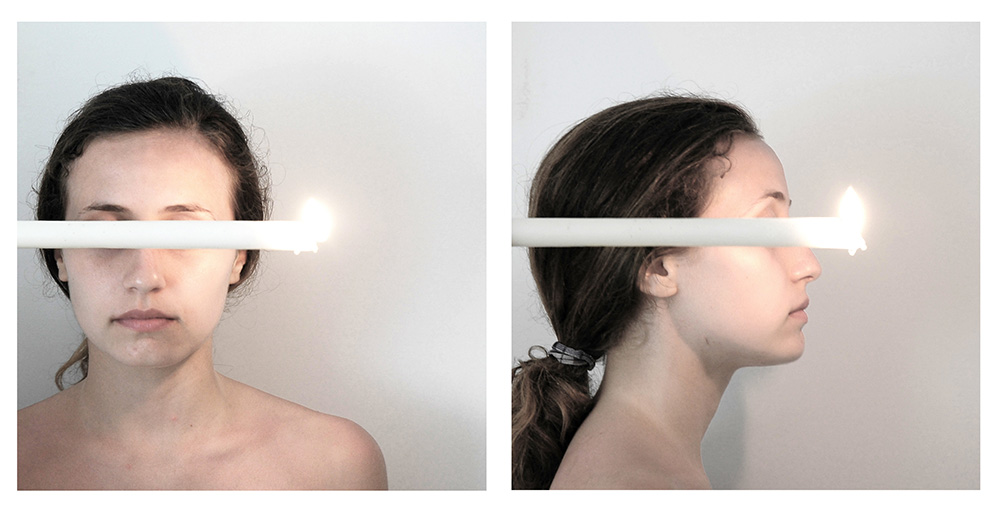 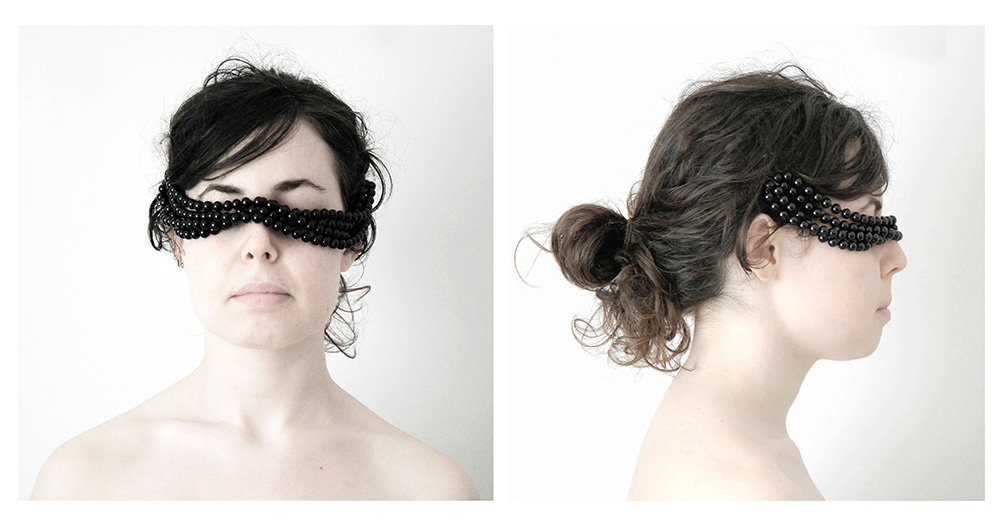 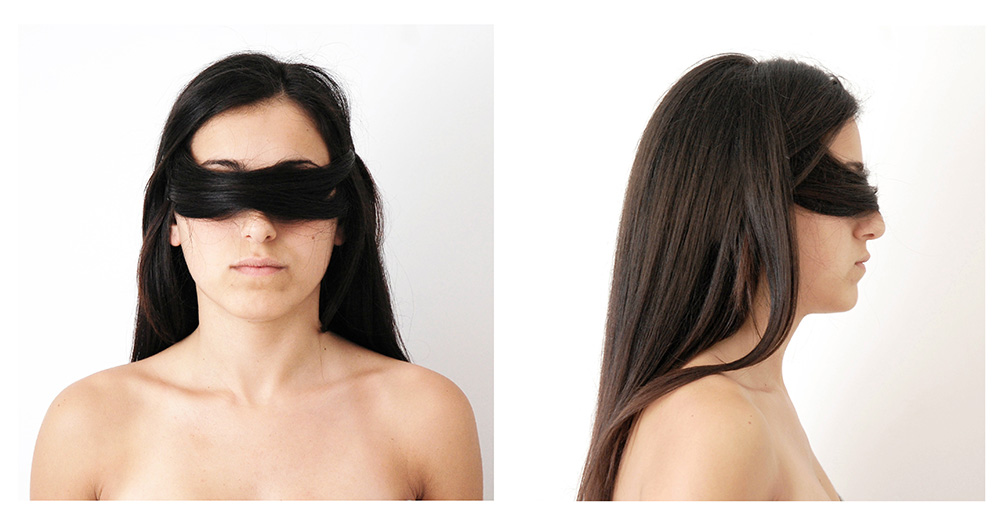 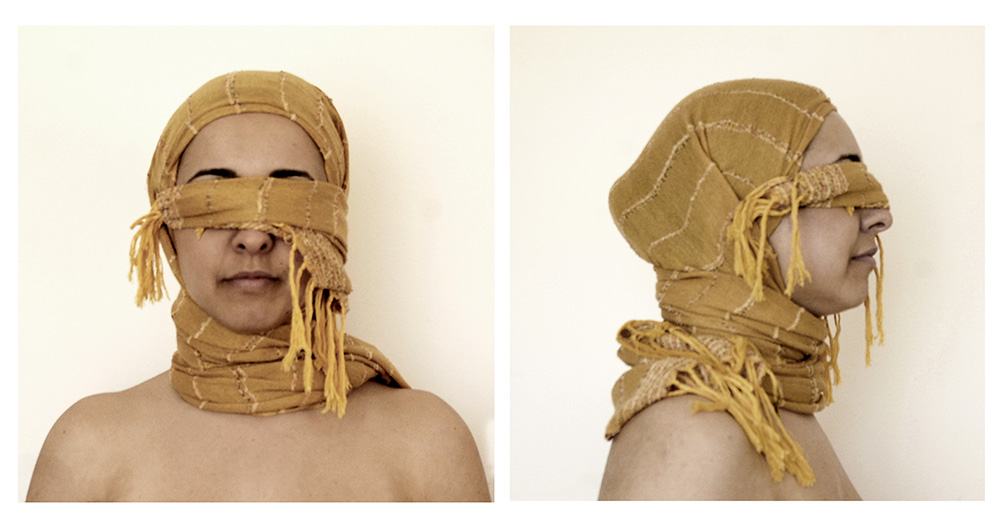 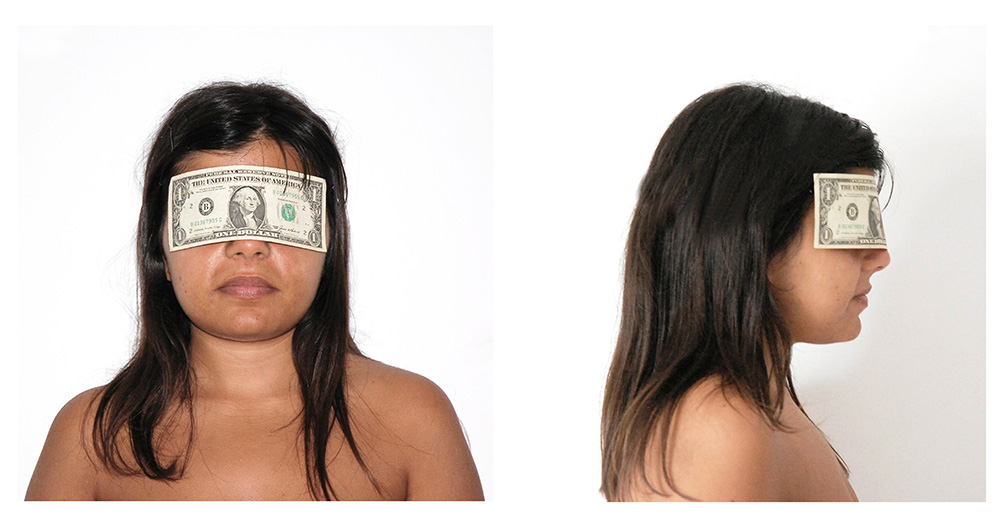 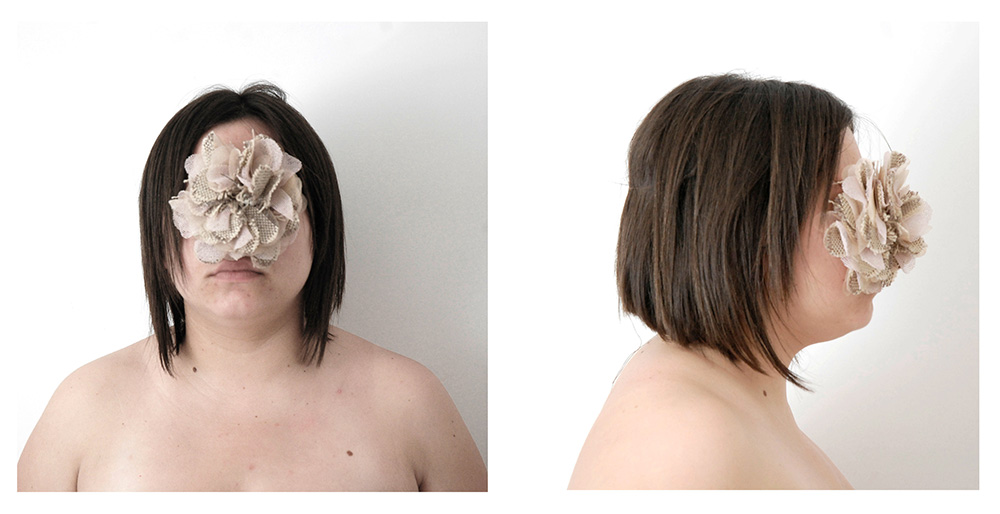 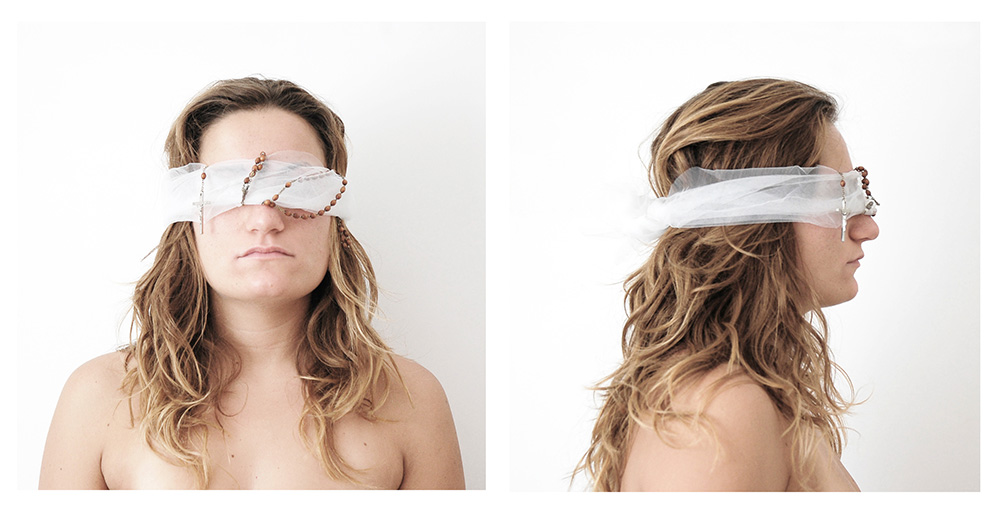 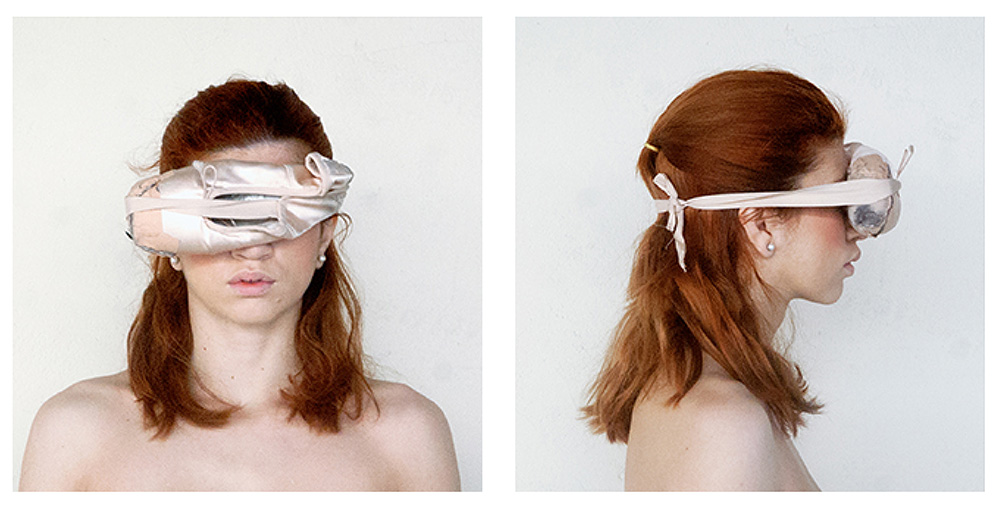 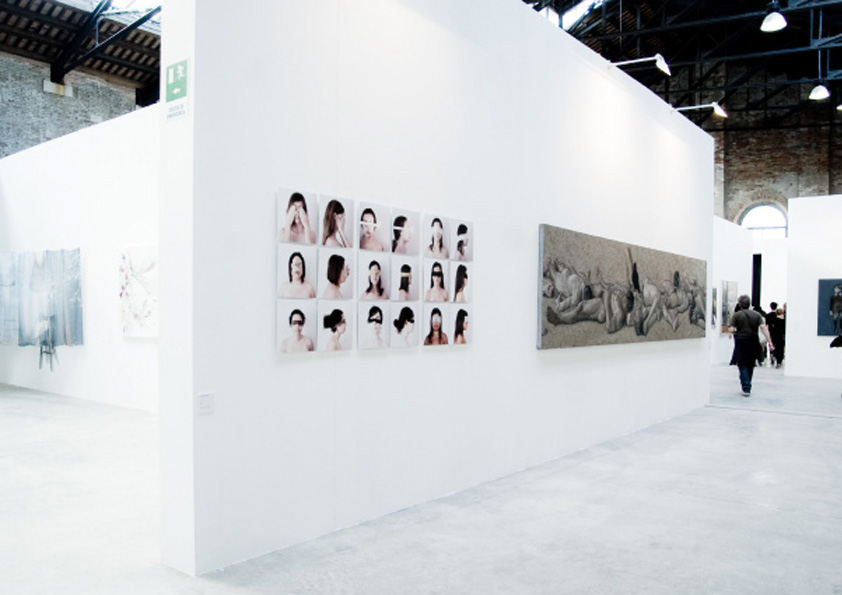 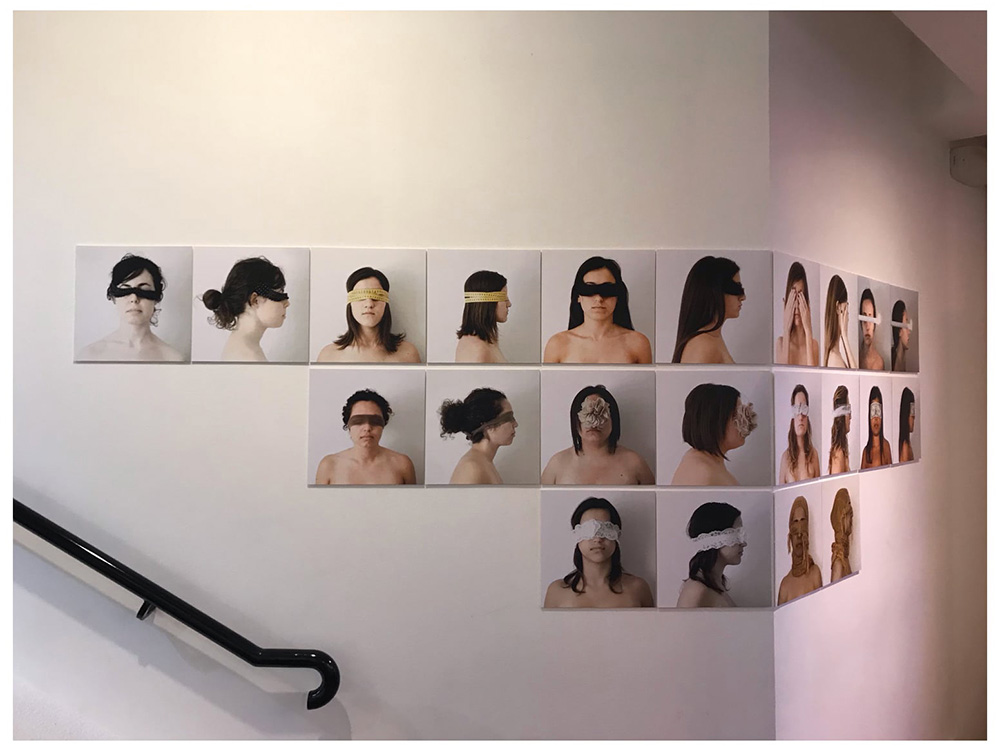 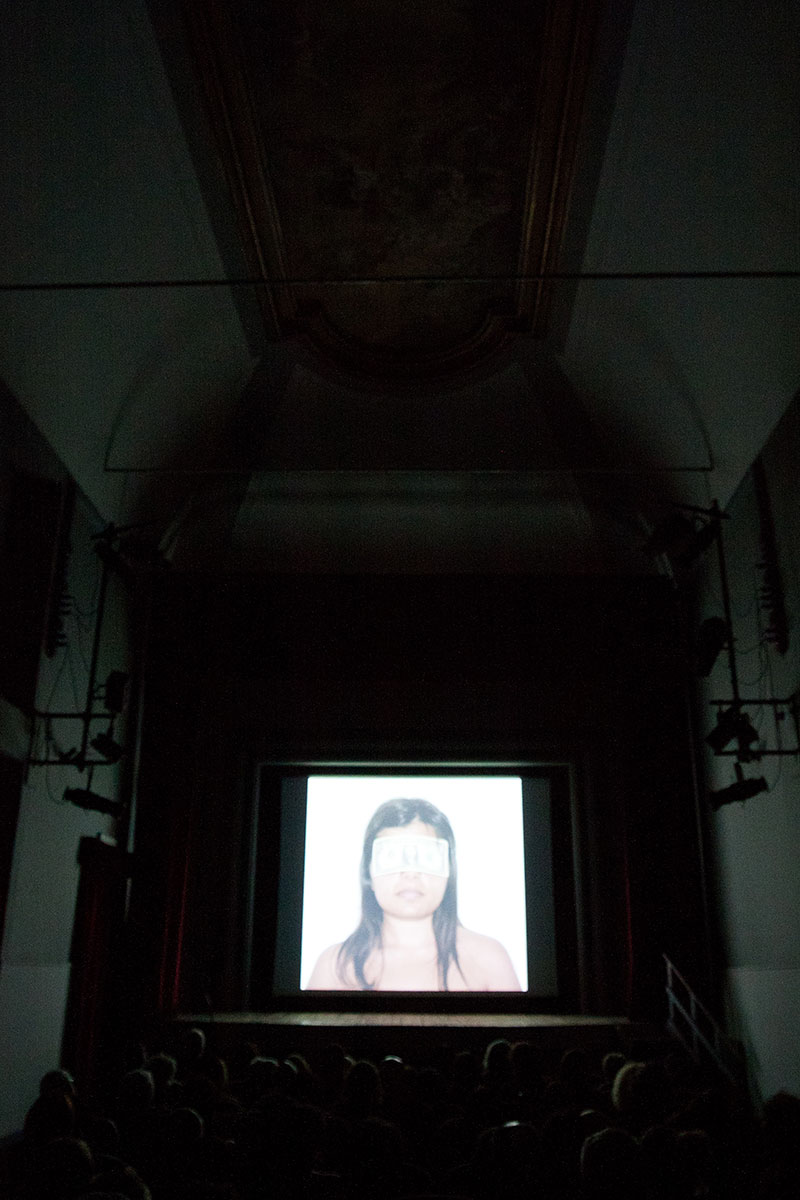 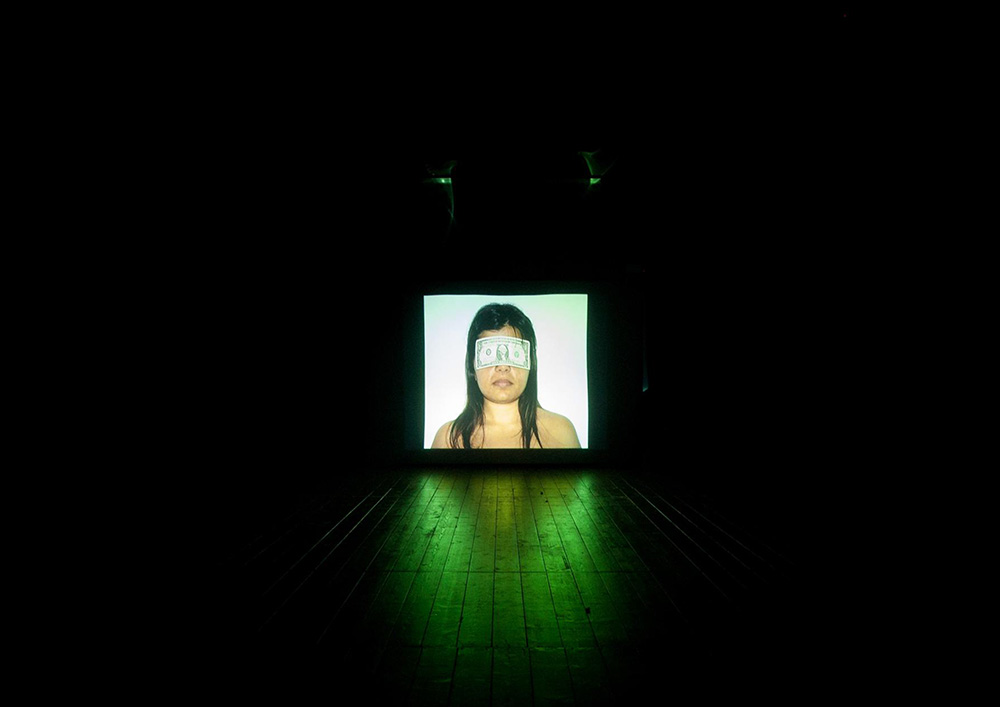 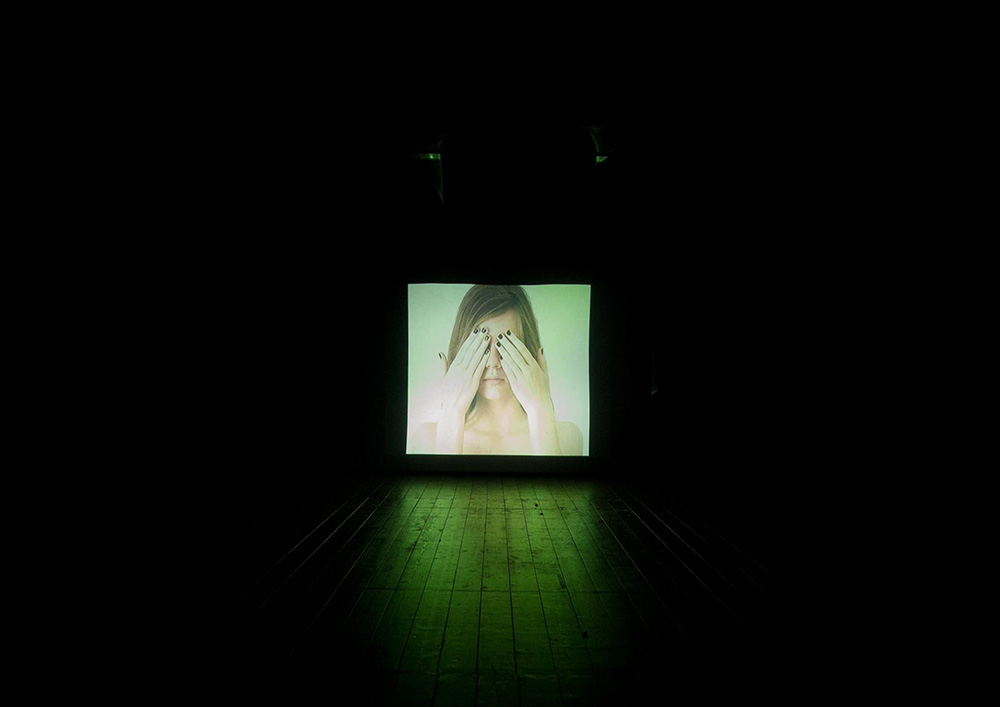 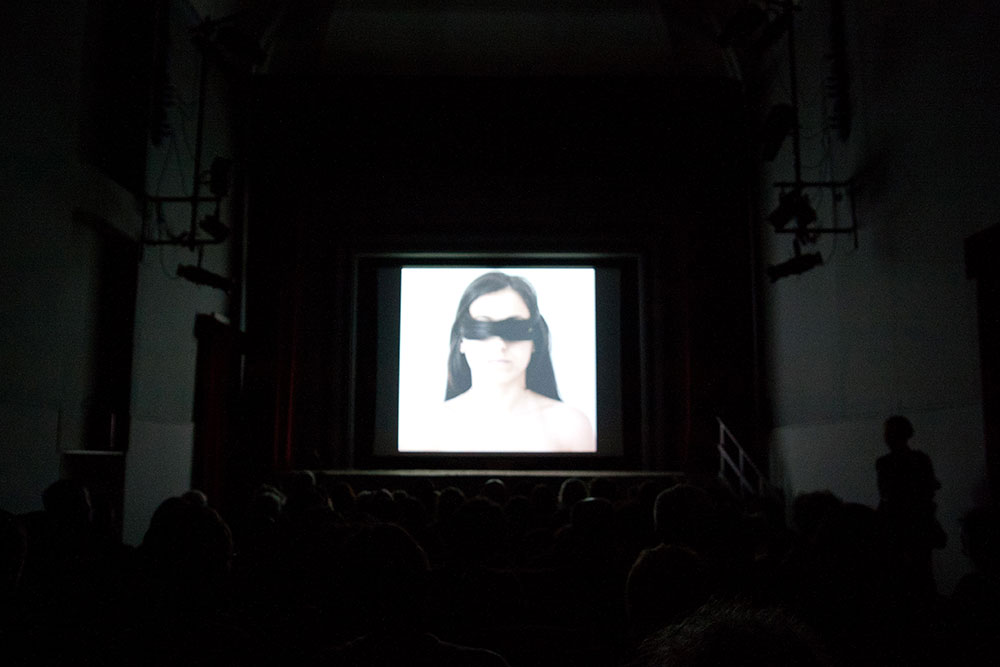 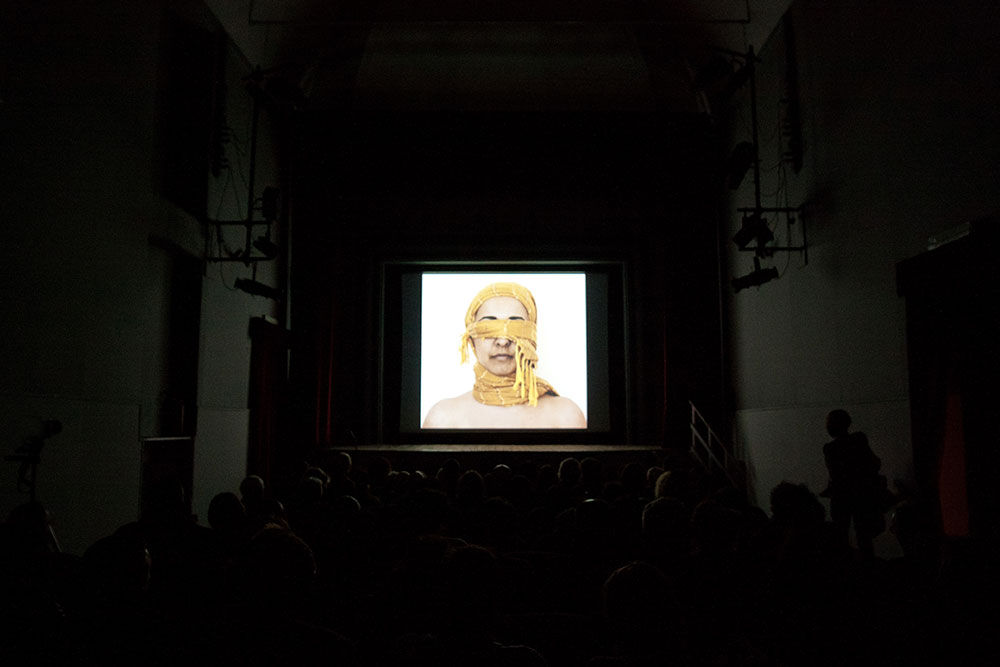 The work “IDENTI-KIT” (2008-2013) collects images of young women portrayed in a diptych – front and profile (a metaphorical reference to the mug shots made by police).

The title, written with a dash in between, brings us to an idealistic identity kit made of items from the symbolic feminine universe. Female accessories and clothes used as blindfold, a curtain in front of the eyes of the portrayed women. Each picture of the sequence shows only the covered eyes, a contrast with the usual representation of the Islamic woman completely covered but the gaze.

So, the representative method theme is placed in the center of the feminine identity smothered by the western stereotypes or by the eastern taboos inside the universe of the common homogenization.

The items used as blindfold on the female subjects are clothes that women cannot leave behind so easily, the clothes close them in world made of recurring, mainstream, weirdo and consumer gestures. A world that isn’t free, as far as it looks. The stocking, the waistline, the cooking glove, the garter, the ribbon, the mask, the necklace, the measuring tape, the neckerchief, the wedding veil express a strong womanliness in a symbolic way characterized by the resemblance between the women habits in both sides of the world, eastern and western.